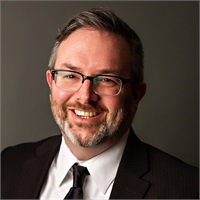 Justin M. Alter is a native of Carroll County, Indiana and was Valedictorian of the Carroll High School graduating class of 1991. He attended Purdue University from 1991 to 1993. Justin transferred from Purdue University to Indiana University in 1993 where he graduated with High Distinction, receiving a Bachelor of Arts in Social and Behavioral Science in 1996. He attended Indiana University Law School at Indianapolis and received his Doctorate of Jurisprudence degree in 1999. He was admitted to the Indiana Bar Association in 1999.

Prior to joining forces with Brooke Rockey in January of 2011 and creating the Alter & Rockey Law Firm, he was an attorney at the Butcher, Ball, Lowry & Alter Law Firm in Kokomo, Indiana for ten (10) years. Justin also practiced law in Indianapolis, Indiana, focusing on Debt Collection and Bankruptcy work. During his time with the Butcher, Ball, Lowry and Alter Law Firm, Justin practiced law in the areas of Medicaid Planning and Estate Administration, as well as, Bankruptcy, Civil Litigation, Elder Law, Estate Planning, Adoption, Guardianship, Municipality and Personal Injury work. He is currently the attorney for the Town of Burlington. In addition to his private practice, Justin has served as a Deputy Prosecutor in Howard County, Indiana, since 2002.

Justin is authorized to practice law in both the Northern and the Southern U.S. District Courts of Indiana. He is a member of the Howard County Bar Association. He has been a featured speaker at Estate Planning Seminars on Wills, Trusts, and Estate Planning and Medicaid Planning. He has been an ICLEF seminar speaker regarding Probate Administration.